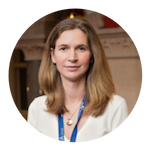 With so much of the world’s economic output suddenly reliant on remote working, PKI has risen in prominence once again, as Mike Hathaway, Ascertia’s CTO, shares in this audio interview.

In reality, PKI’s importance in business hasn’t ever faded and digital transformation initiatives in recent years had already brought PKI to the forefront of IT and security strategic planning again, however despite its countless business benefits (when deployed correctly) and the near-limitless use cases, PKI rarely receives the credit it deserves.

We live and breathe PKI at Ascertia and Mike Hathaway is at the front of the pack, championing PKI’s value and defining our continued innovation in this space. Mike has decades of experience designing and managing PKI deployments, which makes him the ideal candidate to talk about:

Broken up into bite-sized Q&As, listen to Mike cover the dos, don’ts and in-betweens of PKI and answer once and for all the important question…